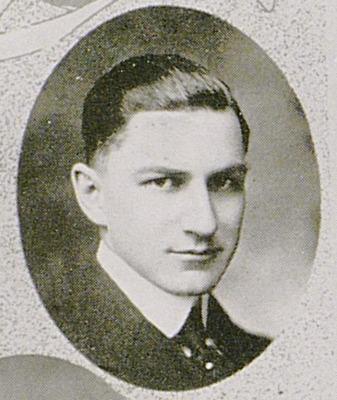 Not having inquired into his history at Centre, we know very little of King's scholastic life. At any rate, he has "the gift of gab" and is some stump speaker.

King Swope (August 10, 1893 - April 23, 1961) was born in Danville, Kentucky to James Swope and Mary J. King. Swope received a B.A. from Centre College before attending the University of Kentucky. He practiced law in Danville after receiving his LL.B.. In 1919, Swope was elected to the United States House of Representatives in a special election to fill the vacant 8th district seat. Swope served as a Fayette County Circuit Court judge for 20 years. He married Mary Richards in 1918.