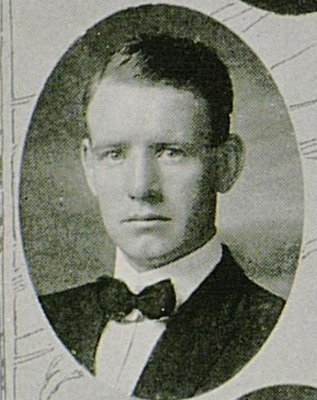 "If well thou hast begun, go on fore-right; It is the end that crowns us, not the fight." George R. began life in the "Prep" and has had many a delightful day since he could first call himself a Freshman. He admits that he is differently constituted from the rest since no one can hurt him. He has measured arms with some sturdy fighters but still holds his championship in boxing. His crowning glory came when he received his letter in football after many years of faithful toil.