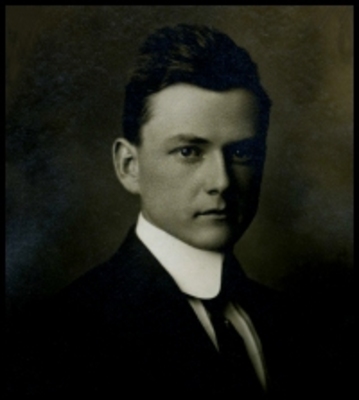 One afternoon in the early spring, the sky was clear, the moon shown brightly and all nature was disporting herself in the first adornments of the season. A most delightful evening had been spent by Fears and others at the much frequented Mrs. Hughes' dancing school but when the hour arrived for taking the fair maidens home, Fears deserted his better half. When sought by a friend and told that he should accompany said lassee safely to her door, he replied:

"Naw, she sat out four dances and I'll be——if I accompany her anywhere."

John Carroll Fears, Sr. (July 10, 1889 - August 9, 1956) was the son of Joseph Reuben Fears, Sr. and American Margaret Penn. After graduation, Carroll practiced law in New Castle, Kentucky and later worked for the Veterans Administration. Carroll served in World War I in the 84th Division, American Expeditionary Forces where he attained the rank of Sergeant. Fears married Mary Gertrude Edelen in 1920. The couple is buried in Zachary Taylor National Cemetery in Jefferson County, Kentucky.