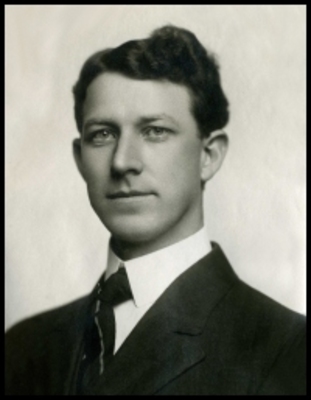 Job graduated some years ago, but concluded that science and farming and kindred subjects were not on a high enough level for his ability. He is the only man in the class who is the father of twins. Likes a good game of tennis but don't care to run. Not exactly lazy. Crusher? Ask Mrs. Turner.

Job Darbin Turner, Sr. (March 18, 1875 - January 1, 1946) was born in Floyd County, Kentucky to John Burke Turner and Mary Ann Martin. Turner first obtained an agriculture degree from the University of Kentucky in 1898 before attending the College of Law. Turner worked for the University's Agricultural Experiment Station until his death. Turner married Ann Garland Claybrooke in 1906.