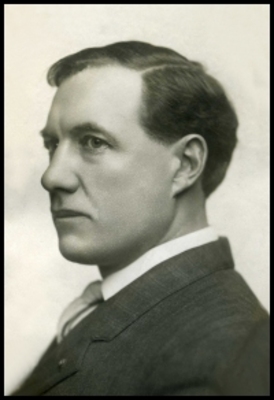 With the coming of Mr. E.R. Sweetland, Athletics at K.S.U. took on a brighter aspect. The foot ball men were given spring practice. The track team which he produced showed that the students were becoming more interested, and were willing to do their part in placing our Athletics upon a firmer basis.

During the foot ball season we clearly demonstrated that we are able to cope with the best of the Southern and Western teams. We are now bona fide members of the Southern Inter-collegiate Athletic Association, and next season we expect to go in strong for the Southern championship.

The most important thing in making our University stand high in the athletic world is the enthusiastic support of the entire student body. Let every man do his best for clean, manly athletics and Kentucky State will soon occupy the position to which we aspire, the undisputed champions of the South.

Edwin Regur Sweetland, Sr. (January 10, 1875 - October 21, 1950) was born in Dryden, New York to George James Sweetland and Hannah Lugenia Marsh. Sweetland received his first degree from Cornell University where he was also on the football team and varsity rowing crew. He then worked as a sports coach at several colleges before coming to the University of Kentucky. Sweetland completed both a bachelor's and master's in law at UK while also working as UK's football, basketball, and track coach. After graduation, he went on to coach at other colleges until his retirement in 1919. Sweetland married Hester Donnelly in 1914.