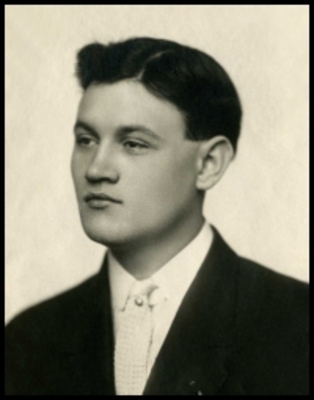 The king of frivolity and the prince of foolishness. 'Tis said that by a man's words yon can judge of his character and thoughts. If this be true, the necessary conclusion is that the Squire never possessed a character, and that his thoughts never rose above the foolish and senseless, for it is a well known fact that he never was accused of uttering a sane sentence in his college career.

Shakespeare might label him with the ''Prince of fools."

Squire Webber Salyers (August 23, 1890 - December 23, 1922) was the son of Squire Edward Salyers and Pestoria Stubbs. He moved to Texas after graduation and worked as a traveling salesman for several enterprises including the National Life and Accident Insurance Company and the Lever Brothers Company. Salyers married Paralee Ann Nance.