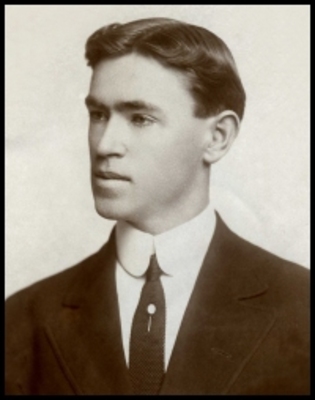 The most modest man in his class and the most religious. No one word could the Almighty, Himself, say against him unless it were that he sometimes seems vain about his glossy hair.

Robert Lytton Maddox (December 10, 1885 - June 13, 1961) was born in Tennessee to Robert Granville Maddox and Josephine McCrory. Maddox practiced law in Middlesboro, Kentucky after graduating from the College of Law. He later served as Bell County judge and was appointed Bell Circuit Judge in 1948 and 1954. He was, at one time, president of the Bell County Bar Association. Maddox served in the US Army during World War I where he attained the rank of 1st Lieutenant. He married Sybil Helen Sipher in 1923. They are buried in Middlesboro Cemetery.