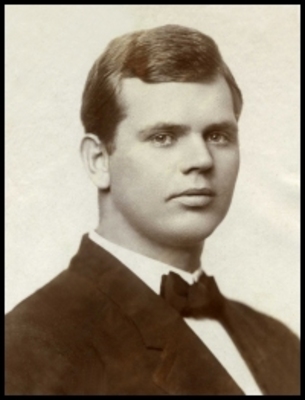 A man of many callings and a wearer of "Society Brand Togs." The politician of his class and the B.C. from William Jewel's College of Kansas.

"A man who believes in the psychological effect of handsome Howses."

A. Frank Baker (March 31, 1886 - November 20, 1954) was the son of Alexander Franklin Baker and Laura Amanda Williams. Baker briefly practiced law in Lexington before traveling to various states and working in other enterprises. Baker married Charlotte Bailey Davis in New York in 1932--the couple settled in Lexington, residing at their home at 110 N Ashland Avenue. They are buried in Versailles Cemetery.