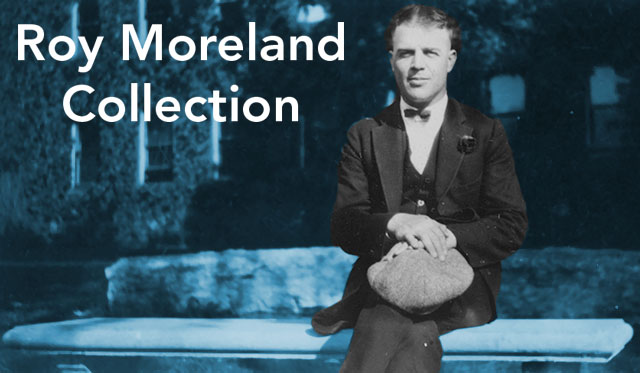 Roy Mitchell Moreland (July 20,1895-March 3,1971) was born on July 20, 1895 in Covington, Kentucky to Thomas Mitchell Moreland and Elsie Brandon Moreland. After serving in World War I as part of the American Expeditionary Forces, Moreland attended Transylvania College. He received an A.B. degree from Transylvania in 1920 and went on to attend the University of Kentucky College of Law. Moreland was active in fraternities on the University of Kentucky campus--he was a member of Phi Kappa Tau, Omicron Delta Kappa, and the Henry Clay Chapter of Phi Alpha Delta. Moreland practiced law in the Lexington area before joining the College of Law faculty in 1926. He served as a professor at the College until his retirement in 1966. While a professor, Moreland served at times as faculty editor of the Kentucky Law Journal and as faculty advisor for campus fraternities. In 1928, he was awarded a J.D. degree from the University of Chicago. He later received a S.J.D. from Harvard Law School in 1942.