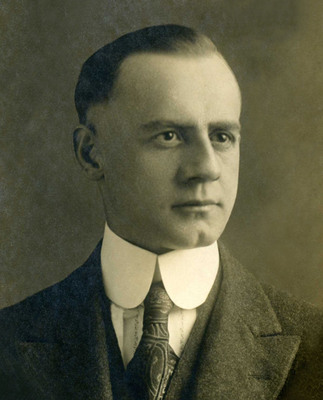 Almost since "a time when the memory of man runneth not to the contrary," as his old friend Bill Blackstone would say, "Scotty" has been a familiar figure in U.K. life. He holds the record of five years on the Varsity baseball team and is now its coach. An honor graduate, with love for the blind goddess, pugnacious, industrious, master of details and all-round good scout, he is one of our best men. "Scotty" is devoted to the Old Guard, likes machine politics, and generally rides the machine. This little giant is a good lawyer and should rise to the top in his profession.