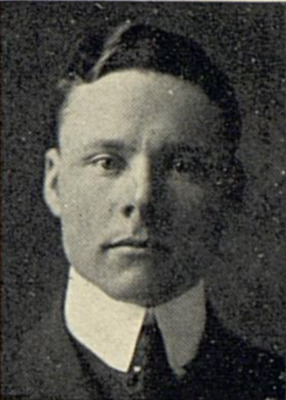 Vize has been true to every trust placed in him. His victories in college foreshadow the winning of many laurels throughout his career. He is imbued with a spirit of service and is never found off the job.

Jerome de Vize Chamberlain (November 11, 1893 - October 1, 1973) was born in Uniontown, Kentucky to Travis Stout Chamberlain and Emma Catherine Vize. Chamberlain moved to Dallas, Texas after serving in World War I. He initially worked as a clerk for the Western Indemnity Co. before founding the law firm of Chamberlain, Green & Wade. He later worked as an associate in the firm of Irwin & Irwin. Chamberlain married Lois Sellers in 1921.