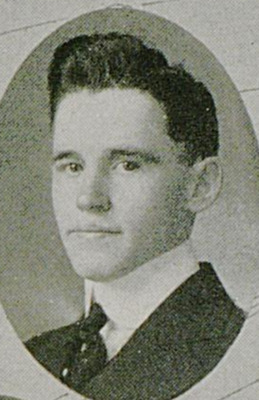 "Ah, me, That I the Judge's bridge might be." "Judge" did not decide to join us until he had spent some time at Berea, but we have already forgiven him for that since he promised never to return. He began as a lawyer, but decided he had best take A. B. first, in order to grace a high and mighty bench some day as he should. "Judge" is some military man, as you may find out if you step out on the parade grounds some day.

James Henry Coleman (July 26, 1892 - January 5, 1975) was born in Montgomery County, Tennessee to Robert Emerson Coleman and Saphronia Lyle. Coleman moved to Texas after serving in World War I. He worked as an attorney and later worked in the real estate industry and as a stock broker. He married Helen Hood.