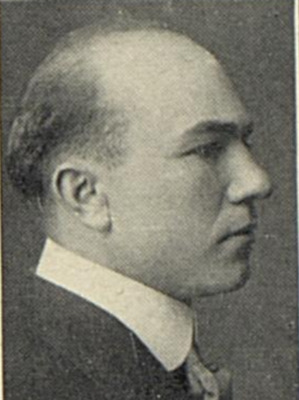 Creekmore, an orator, a lawyer and a business man, has a deep voice to serve his deep mind. He is the Daniel Webster of the Law Department. In society he prefers, in class he concurs, in life he prospers.