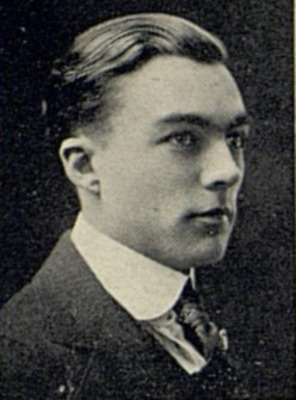 Mark toes the mark in quotation marks. He has a chancellor's conscience and a common law exactness about him which fit him for a seat on the bench. He always sees the happy side of life. Missouri's loss was Kentucky's gain.

Mark Selsor Godman (October 21, 1891 - March 27, 1964) was born in Missouri to Palmer Godman and Ida Mae Selsor. Godman received a B.A. from the University of Missouri before attending the University of Kentucky. He began working as a high school teacher after graduating in 1917. Godman taught at various school districts throughout Kentucky. Godman began working as a superintendent in Shelbyville in 1921. In 1923, Godman was appointed as a supervisor of high schools for the Commonwealth of Kentucky. Godman would work for the state's Department of Education for over 30 years in different capacities. Godman later taught at Versailles High School and Versailles Elementary School. He married Angela Morancy in 1917.