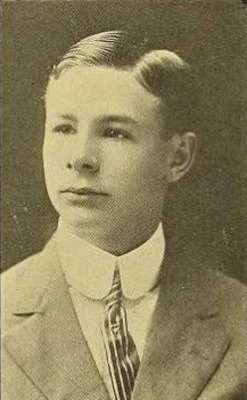 Ivan Poppers Tashof (December 8, 1889 - June 19, 1962) was born in Washington, D.C. to Louis Tashof and Rose Poppers. Tashof received a B.M.E. degree from Columbia University in 1912. He then began working as an instructor of mining and assaying in the University of Kentucky College of Mines and Metallurgy. Tashof served as the secretary of the Kentucky Mining Institute while a professor at the university. Tashof later obtained a LL.M. from George Washington University. Tashof returned to Washington, D.C. to practice law. He practiced in the area of patent law in D.C. for over 40 years. Tashof married Rae Esther White in 1925.

*Mr. Tashof is not listed in the 1916 edition of The Kentuckian.