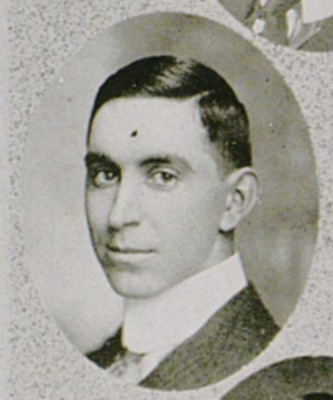 An honest lawyer in the rarest thing on earth. Mobley, the hard-working lad from Green, is the steady old wheelhorse twelve out of twenty-four hours. Honesty and frankness is his aim. He hopes to reverse the proverb, "Until hell is full will a lawyer ever get to Heaven."

Walter Elliott Mobley (March 12, 1892 - March 5, 1978) was born in Bruin, Kentucky to Thomas Thompson Mobley and Rachel Reeves. Mobley practiced law in Elliott County for many years after receiving his LL.B.. He was elected Elliott County attorney twice. Additionally, Mobley worked as a cashier and manager for the Peoples Bank in Sandy Hook, Kentucky. Mobley later moved to Washington, D.C. to work as an attorney for the United States General Accounting Office. He retired from this position in 1954 and moved back to Elliott County. Mobley then worked as an attorney for the Kentucky Department of Highways before retiring to Mississippi. Mobley married Lola Pennyan.