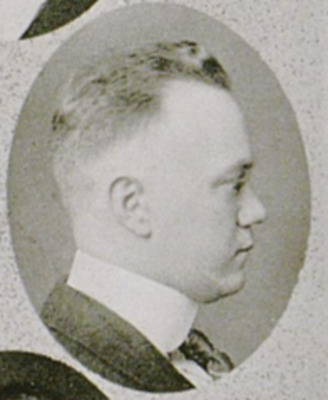 "Judge's" mellow voice has brought joy to the heart of many a fair maid during his term here. It seems now that it has done even more for him. Here's wishing him marital bliss.