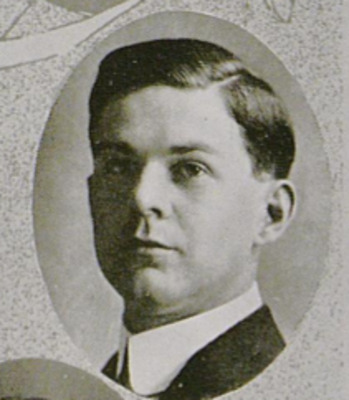 Carr has not made much noise, but has worked along in a substantial sort of a way, getting what he wanted. We are told he is fond of black-eyed girls and "rolling."

Joseph Carr Reynolds (November 22, 1893 - December 15, 1918) was born in Nicholasville, Kentucky to William Joseph Reynolds and Annie Carr. Reynolds worked as a lawyer for the L&N Railroad in Nicholasville after receiving his LL.B.. He volunteered for military service in April 1918. In December 1918, Reynolds died in an ammunition explosion while serving as the chief salvage officer for the ordnance department in Chateau Thierry, France.