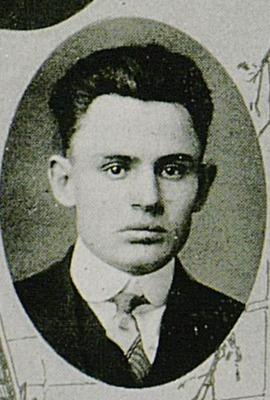 "If Success requires Beauty--then--Good night, But if it's ingenuity--I'm--In right." When "Jack" first entered into the Shrine of Black-stone, he came in with a countenance beaming like a burning village, but after worshipping (?) for two full years and one summer session, the aforesaid beaming countenance has been transformed, until now he just looks like any other ordinary judge. "Jack" has not starred anywhere except in all his classes, however.