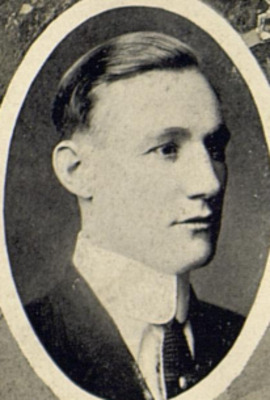 When it came to the women Henry filed his demurrer and adjourned the court. The law was the only charm for him. He saw poetry in it as well as reason. Judge Lafferty proclaims him to be the most promising cansidicus in the graduating class. He is a member of one of Kentucky's oldest and most respectable families and cherishes his ancestry like a true patrician. To be a Supreme Judge is his supreme aim. It is his noble ambition to go back to the mountain fastnessess, whence he came, and help his people; to be of some good in the world and to deserve the blessing that comes with a blessed life.