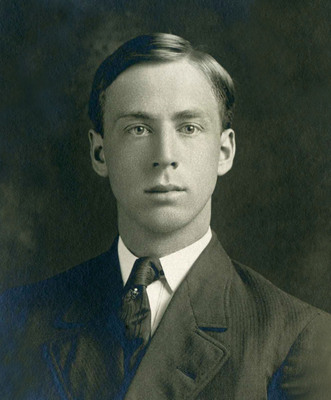 Assistant in the Academy

Marion Rexford Schnaitter (August 27, 1866 - June 9, 1948) was born in Brooksburg, Indiana to Charles Sebastian Schnaitter and Levinia Cyrene Vernon. Schnaitter worked on the family farm before moving to Lexington, Kentucky to teach Latin at the State University. During his time as a professor, he completed work in the law program and received his LL.B. Schnaitter continued to teach at the University until 1914. Schnaitter then became the principal at Madison High School in Madison, Indiana. He later moved to Milwaukee, Wisconsin and taught economics and commerce at the Milwaukee State Normal College and the University of Wisconsin.