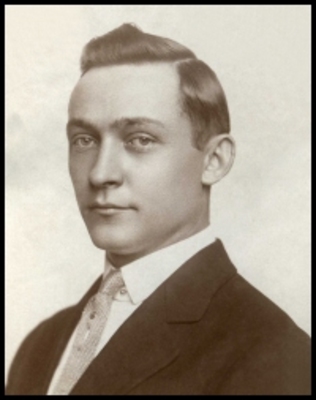 LL. B., Member of the Patterson Literary Society, and the Henry Clay Law Society.

"Churnhead" is one of the few with a natural adaptability for the profession of the Law. His social propensities border on the ridiculous, his vocabulary rivals that of She Pat and his don't give a dam manner is his prominent virtue.

"A man legally turned to illegality."

Edgar Hedger Webb (September 27, 1887 - April 21, 1949) was the son of James Madison Webb and Ella Vernard. Webb worked as a lawyer in Ludlow, Kentucky after graduation. He later worked as a salesman and insurance agent in both Illinois and Ohio.