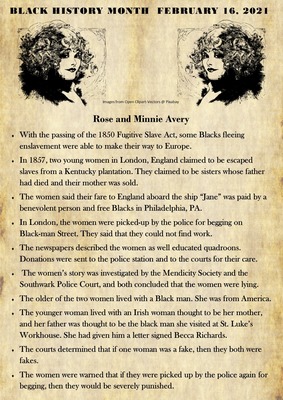 In 1857, several newspapers in London, England mentioned the two fugitive slaves from Kentucky said to be named Rose and Minnie Avery. The young women were between 18 and 20 years old. The women were seen begging on Black-man Street. They were taken to the police station. One of the women carried a placard that read "Fugitive Slaves."