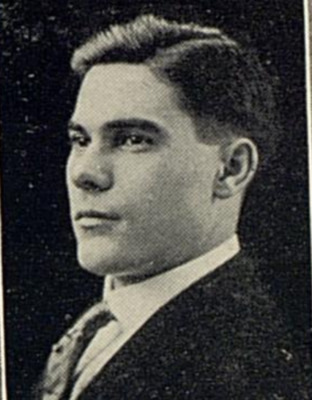 A judge of the Supreme Court has written: "A lawyer must possess the power of clear, logical thinking, with the intellectual grasp to take in many sides of a situation readily; a keen sense of justice and broad common sense to know what is right and what is wrong." The judge must have had Gregory in mind when he wrote this.

Jesse Forrest Gregory, Sr. (August 23, 1891 - August 27, 1973) was born in Daviess County, Kentucky to Jesse Evans Gregory and Sarah Forrest Carlin. Gregory practiced law in Owensboro for three years. He then had a long career with the United States government in Washington, D.C.. He began working as a claim examiner for the Bureau of War Risk Insurance in 1920. He also worked as an attorney for the Treasury and a division head at the Internal Revenue Service. Gregory married Martha Townsend in 1921.