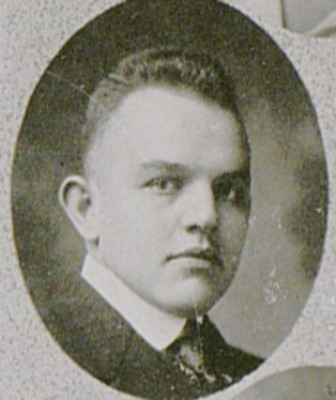 Willie Lee has gained considerable notice as a noisemaker. He is something of a warbler, but his big claim for popularity and renown is "Father and the Boys," and his own role in it.

William Lee Smith (May 9,1895 - March 16, 1977) was born in Sebree, Kentucky to William I. Smith and Blondelle Bailey Parker. Smith worked as an attorney in Evansville, Indiana for many years. He later moved to Los Angeles, California where he practiced law and worked as a tax consultant. Smith married Margaret Campbell McVicker in 1939.