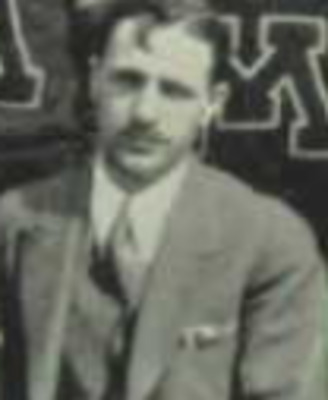 Clarence Albert Beutel (June 5, 1891 - September 8, 1981) was born in Louisville, Kentucky to George Philip Beutel and Mary Rueff. Beutel received his first LL.B. from the University of Louisville in 1912. He then completed coursework at Yale University before receiving a second LL.B. from the University of Kentucky in 1916. Beutel was appointed director of Louisville public playgrounds in 1912 and again in 1920. Beutel briefly practiced law in the late 1910s. In 1920, Beutel began teaching at duPont Manual High School in Louisville. Buetel taught mathematics and English. He was also the track coach and assistant football coach--he would later become the school's athletic director. Beutel retired from the school in 1960.

*Mr. Beutel is not listed in the 1916 edition of The Kentuckian.