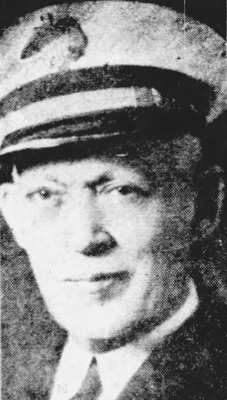 Silas Benjamin Dishman, Jr. (September 16, 1887 - June 28, 1944) was born in Barbourville, Kentucky to Silas Benjamin Dishman, Sr. and Ann Hinkle. Dishman's father was a lawyer and a circuit judge in Knox County. Dishman first attended Brown University and graduated from that institution in 1911. He then completed coursework at Harvard University before attending the University of Kentucky. Dishman served in the first World War I--after the war, he began working for the Veterans Administration as an adjudication officer. He was later appointed a manager of the VA regional office in Louisville. In 1938, Dishman was appointed as the manager of the Leestown VA hospital in Lexington. Dishman married Marie Penn.

*Mr. Dishman is not listed in the 1915 edition of The Kentuckian.