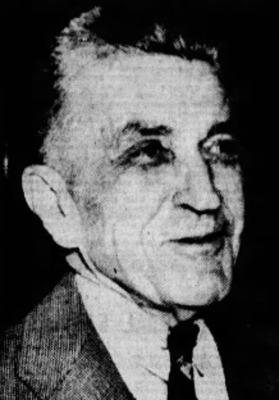 Silas Jacobs (December 24, 1884 - August 18, 1959) was born in Brooksville, Kentucky to Henry Thomas Jacobs and Harriett Emily Glasscock. Jacobs was a practicing attorney in Brooksville prior to completing the LL.B. program at the University of Kentucky. Jacobs returned to Brooksville where he also worked as a postal carrier. After serving during World War I, Jacobs focused on his law practice. He served as Bracken County attorney and later as the Circuit Judge for the Bracken-Fleming-Mason County district. Additionally, Jacobs served terms in both the Kentucky State Senate and House of Representatives. Jacobs married Isabelle Clark in 1922.

*Mr. Jacobs is not listed in the 1915 edition of The Kentuckian.