For some women, the experience of being sexually assaulted leads to increases in externalizing behaviors, such as problem drinking and drug use; for other women, the experience of being assaulted leads to increases in internalizing distress, such as depression or anxiety. It is possible that preassault personality traits interact with sexual assault to predict externalizing or internalizing distress. We tested whether concurrent relationships among personality, sexual assault, and distress were consistent with such a model. We surveyed 750 women just prior to their freshman year at a large public university. Consistent with our hypotheses, at low levels of negative urgency (the tendency to act rashly when distressed), sexual assault exposure had little relationship to problem drinking and drug use. At high levels of negative urgency, being sexually assaulted was highly associated with those externalizing behaviors. At low levels of internalizing personality traits, being assaulted had little relationship to depression and anxiety symptoms; at high levels of the traits, assault experience was highly related to those symptoms. Personality assessment could lead to more person-specific postassault interventions.

Per the American Psychological Association: "This article may not exactly replicate the final version published in the APA journal. It is not the copy of record."

The document available for download is the authors' post-peer-review final draft of the article. 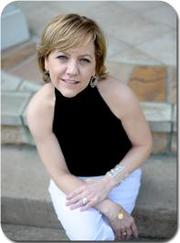