UKnowledge > University of Kentucky Libraries > Image Galleries > Beyond the Bluegrass > 7 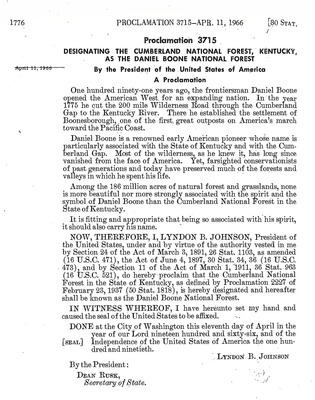 "Among the 186 million acres of natural forest and grasslands, none is more beautiful nor more strongly associated with the spirit and the symbol of Daniel Boone than the Cumberland National Forest in the State of Kentucky. It is fitting and appropriate that being so associated with his spirit, it should also carry his name."